The Upsetters - Return Of The Super Ape LP 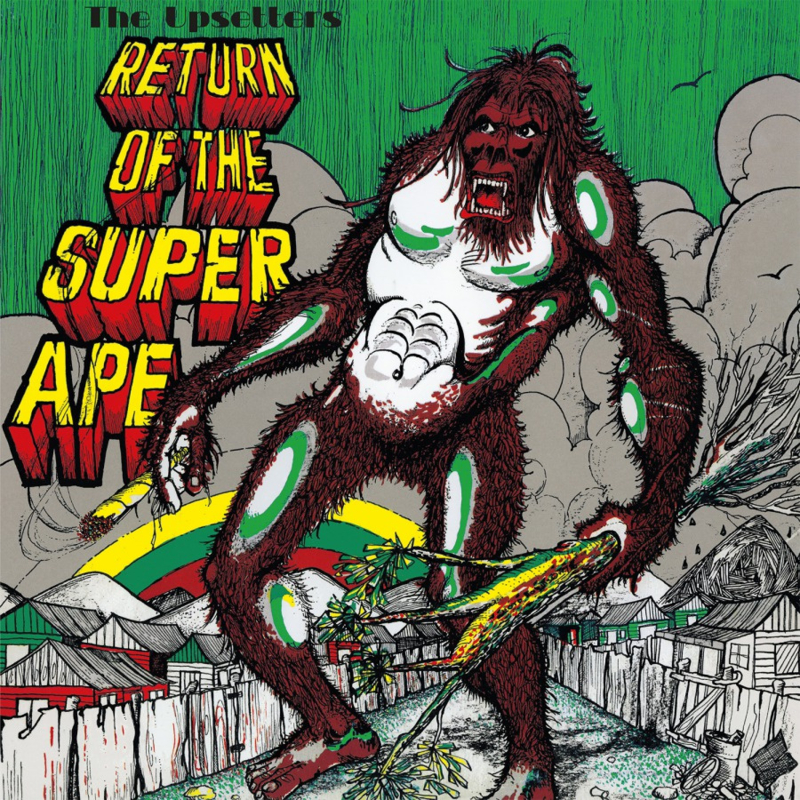 Description:
Return Of The Super Ape is the follow-up album to the highly acclaimed dub album Super Ape. Just like its predecessor, the album was produced by Lee 'Scratch' Perry. It was the last album by The Upsetters before Perry closed down his Black Ark Studio. The album showcases yet again the prodigious production skills of undisputed dub master Lee “Scratch” Perry's insanely layered textures and technical wizardry. With The Upsetters providing their musical backing. The MOV reissue of Return Of The Super Ape is based on the “green”sleeve version from 1978.
Format & package:
Music On Vinyl / Trojan Records - European pressing on 180grams orange vinyl. Ltd to 1500 copies.
VP / Greensleeves - US pressing on black vinyl.
Record label: MoV / Trojan Records (Europe) and VP / Greensleeves (USA)
Year of release: 2022 (reissued from 1978)
Tracks:
A1 Dyon - Anaswa
A2 Return Of The Super Ape
A3 Tell Me Something Good
A4 Bird In Hand
A5 Crab Yars
B1 Jah Jah Ah Natty Dread
B2 Psyche & Trim
B3 The Lion
B4 Huzza A Hana
B5 High Rankin Sammy