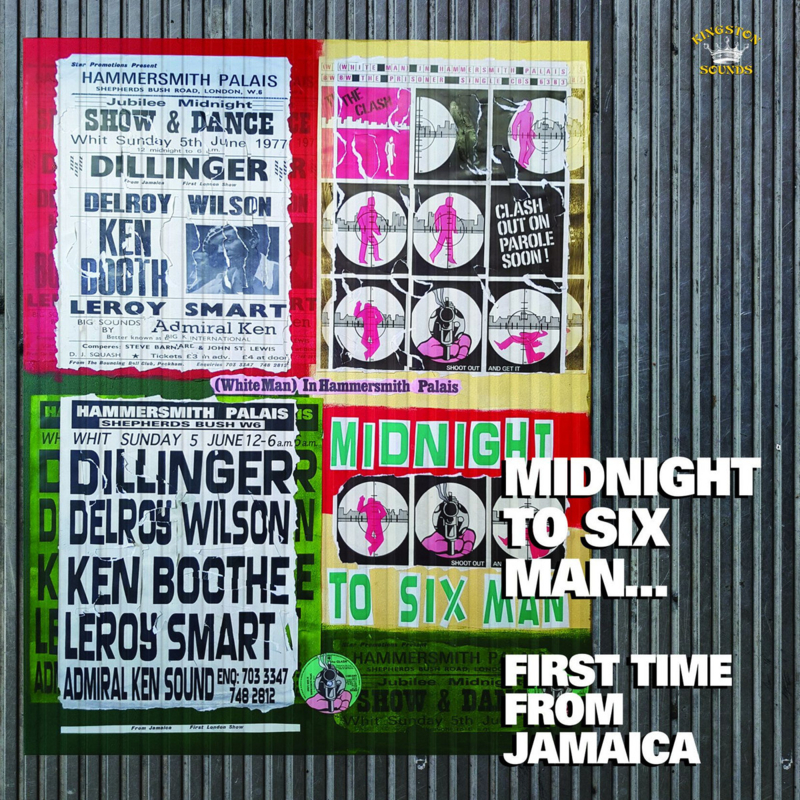 Description:
UK import!
The legendary gig that Joe Strummer, singer from the Punk Rock band ‘The Clash’, attended and inspired his writing their classic track ‘White Man In Hammersmith Palais’ took place on the 5 June 1977. At the Hammersmith Palais venue on Shepherds Bush Road W.6, London during the height of Punk Mania. The full line – up for the show were all Jamaican artists Dillenger, Leroy Smart, Delroy Wilson (all the first time from Jamaica) and Ken Boothe.
The artwork supplied by Punk Artist MAL-ONE has used the two posters that were made for this gig , the reggae promoters ’Star Promotions’ poster, that contained a picture of Ken Boothe and the venue’s own poster that used text to announce its line-up for that evenings proformance.
The song itself became a` Clash Classic’ and also a Punk Anthem, released on 16th June 1978. We have compiled this album with songs by these artists , most of which you would have heard that night. As a post script to this story when the Hammersmith Palais sadly closed its doors for the last time after 82 years service in 1999, the owners thought it fitting to present Joe Strummer with a sign from the venue’s entrance. Mr Strummer’s understated reply `I guess I’ll have to send a man with a van round to pick it up’.
Format & package: LP
Record label: Kingston Sounds
Year of release: 2022 (compilation)
Tracks:
A1 Delroy Wilson - Cool Operator
A2 Leroy Smart - Mr Smart
A3 Ken Boothe - I'm Not For Sale
A4 Dillinger - Babylon Yard
A5 Delroy Wilson - Better Must Come
A6 Dillinger - Leggo Violence
A7 Leroy Smart - Mr Rich Man
B1 Delroy Wilson - (Mash It Up Illeteracy) Mash It Up
B2 Ken Boothe - You're No Good
B3 Leroy Smart - God Helps The Man
B4 Delroy Wilson - Can I Change Your Mind
B5 Dillinger - Answer Me Question
B6 Leroy Smart - Pride And Ambition
B7 Delroy Wilson - You Must Believe Me