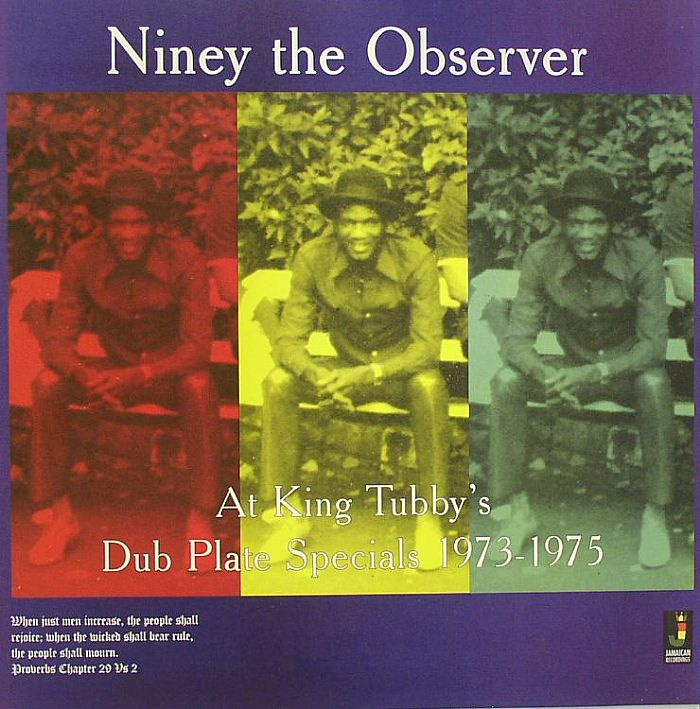 Description:
UK import!
Winston ‘Niney’ Holness, A.K.A. The Observer, must be one of reggae’s finest Roots Rebel producers. Capable of making some of the heaviest, innovative music, not only in sound but also in the Cultural/Political sense. Born George Boswell, Montego Bay, Jamaica,1951,and name checked ’Niney’, due to losing a thumb in a workshop accident. He began his career in music by organising bands to play at school dances. But his first steps learning the musical ropes came working under the tutor ledge of producer Bunny Lee around 1967, organising sessions for Bunny’s stable of artists. He moved on to work alongside Lee Perry at Joe Gibb’s ‘Amalgamated’ label setup, where on Lee Perry’s leaving in 1969 to start his own ‘Upsetter’ label,Niney became chief engineer.
Inspired by Perry’s success it wasn't long before his own ‘Destroyer’ label was under way. Tubby would strip the tracks back to the bone and rebuild them sometimes leaving off the hook line. Weather that be the horn line or keyboard line and adding effects over the top that could disguise the cut even more. Even Niney stating that when Tubby had finished with a cut, he found it hard to recognise the track himself.
It's these tracks as dub plate specials that Tubby would play on his Hometown HI - FI Sound System and it's these such tracks that we have compiled for this release. Dub Plates that have not seen the light of day since tragically the great Osbourne Ruddock A.K.A. King Tubby was gunned down and murdered on the 6th December 1989.
Format & package: LP
Record label: Kingston Sounds
Year of release: 2002 (compilation)
Tracks:A1 Set Dub Free
A2 Lately Dub
A3 Dub With Tubby
A4 Dub Exclusive
A5 In Love With Dub
A6 No More Dub
B1 Here Comes Dub
B2 Tenement Dub
B3 Swallow Field & Dub
B4 Dubbing With Sally
B5 Dark Side Of Dub
B6 Dub In Silver