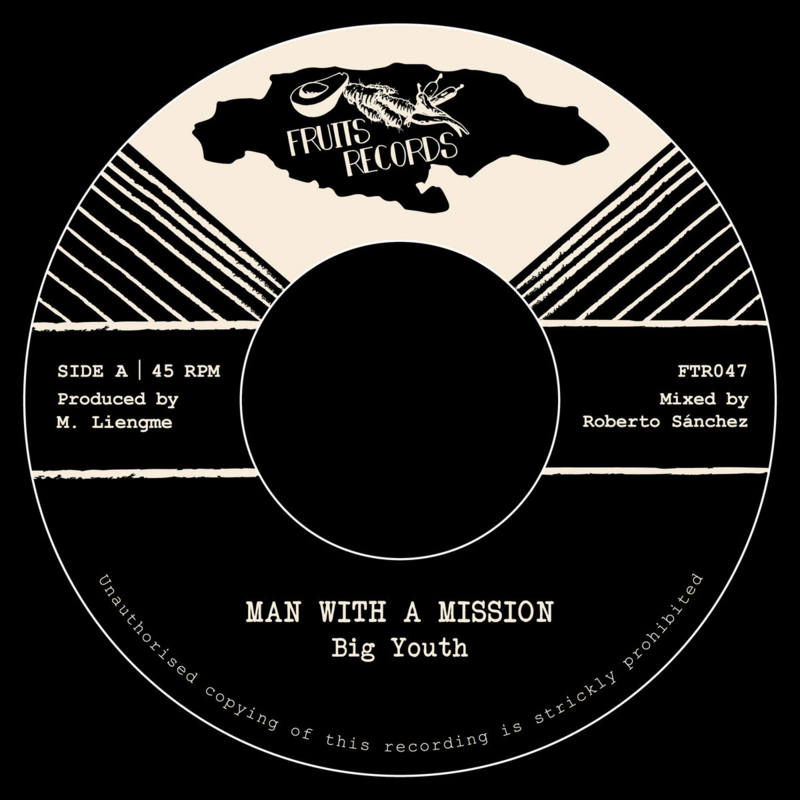 Description:
Another scorcher for DJ superstar Big Youth! Earlier this year, The 18th Parallel teamed up with Big Youth on the rockers one drop ‘Long Road’ released on Skankin’ Society Records. Now they are back together with a second single called ‘Man With A Mission'.
Super heavy rub a dub riddim driven by a powerful bassline and none other than legendary Leroy “Horsemouth” Wallace on drums. Horns blowing like the trumpets of Jericho, moog synthesizer lurking like a haunting ghost and thunderstorm spring reverbs create an apocalyptic atmosphere perfectly suited to Big Youth’s poignant vocals.
The power of this song comes from the way it was recorded. March 2013, downtown Kingston, 45 Charles Street at night. Gunshot in the neighborhood, police in the streets. Big Youth was outside the studio. He went right through the recording booth, never gave a listen to the riddim, ask the engineer to roll and put his heart and soul into the song: no filter, no second thought, just pure inspiration and message in the lyrics. One take. This is the most spontaneous and genuine testimony you can get from the magic of studio vibes in Kingston. Another masterpiece from Master Jah Youth!
‘Man With A Mission' is part of the upcoming 18th Parallel album ‘Downtown Sessions’ to be released November 18th on Fruits Records.
Format & package: 7"
Record label: Fruits Records
Year of release: September 2022
Tracks:
A Big Youth - Man With A Mission
B The 18th Parallel - Missionary Dub