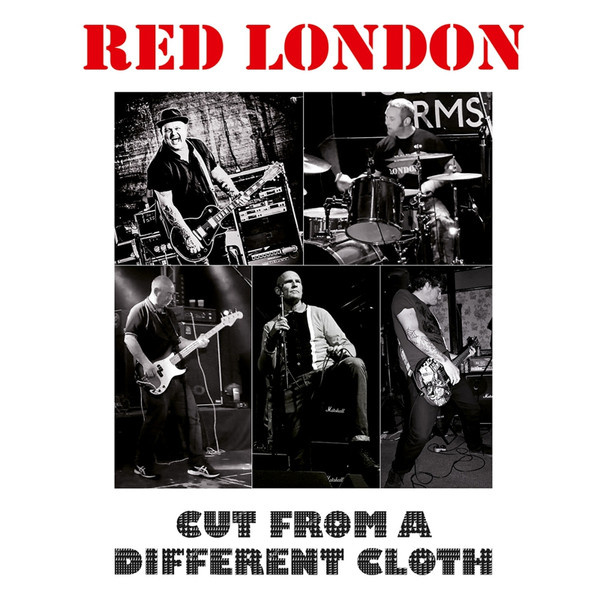 Description:
The new Red London album is called 'Cut From A Different Cloth'. It's an 11 track album with 9 new original songs, 1 reggae cover version and Red London’s version of the Angelic Upstarts song 'Police Oppression' recorded in tribute to their mate Mensi.
The line up on this album is: Patty Smith – Vocals / Newts Newton – Lead Guitar / Marty Jackson – Rhythm Guitar / Gaz Stoker – Bass / John Forster – Drums
Newts Newton is the ex guitarist of the Angelic Upstarts who plays on the full album. Also playing acoustic guitar on 1 track is Mick Jones the Red Alert/Loudmouth guitarist.
Format & package: LP + CD version
Year of release: 2022
Tracks:
A1 Cut From A Different Cloth
A2 Stars
A3 Hurt So Good
A4 See The World
A5 Just Like Brothers
B1 It's The Way We Were
B2 Northern Kids
B3 Never Be Over
B4 Love Will Find You
B5 Into Saturday
B6 Police Oppression