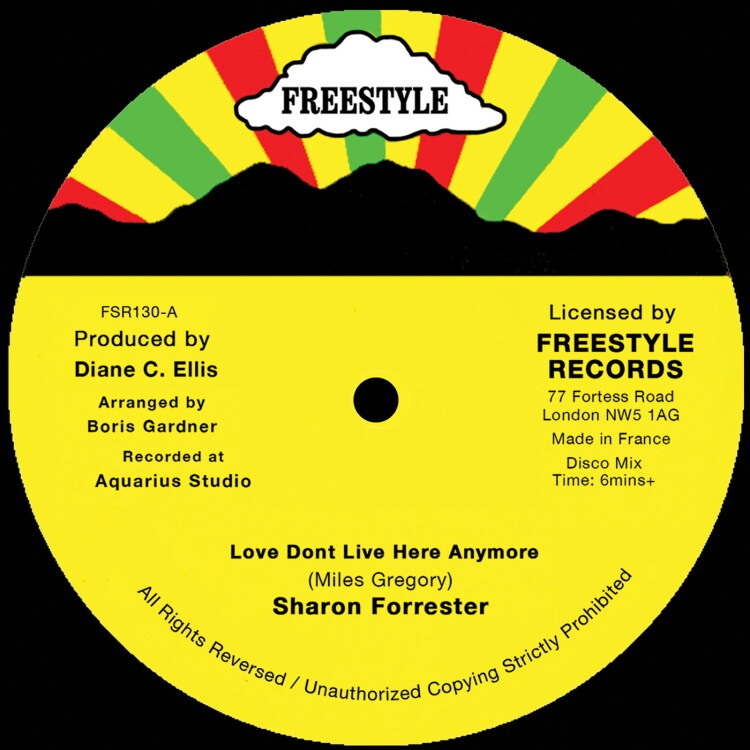 Description:
"Good music never dies!" - This was Diane Ellis' mantra when she set out to produce this, her first record, in 1979. She recalls hearing the Rose Royce classic Love Don't Live Here Anymore on the radio and instantly thinking it would make for a great reggae cover, immediately envisioning the sound she was looking for. Drafting in the legendary Boris Gardiner and vocalist Sharon Forrester they created this timeless version of a perennial classic - now available here in it's full extended discomix glory for the first time on 12" since it's original outing, and backed with hornsman cut placing Dean Fraser's sax front row center.
The record was made when Ellis was studio manager for the world-famous Tuff Gong studios, but wanted her outing as a record producer to be a totally independent venture - gaining the great Bob Marley & the TG team's blessings in the process. And so Aquarius Studio in Half Way Tree was where it was all laid-down. Diane credits the Legendary owner and pioneering producer, Herman Chin Loy, as also being of great help on the record, providing a guiding ear throughout the process.
Despite this the evident strength of this first production, Ellis would follow up with only one other production, Junior Tucker's cover of "One of the Poorest People" (this time one recorded at Tuff Gong studios, and releasing the 56 Hope Road subsidiery). While both records performed well on local radio and charts, Diane exited the music industry shortly after. Now 43 years later, Diane is overjoyed her production is having a comeback, saying that "the support and love felt during the project can never be replicated, and I give thanks to all who supported then and now".
Format & package: 12"
Record label: Freestyle Records
Year of release: 2022 (reissued from 1979)
Tracks:
A. Love Don't Live Here Anymore
B. Version