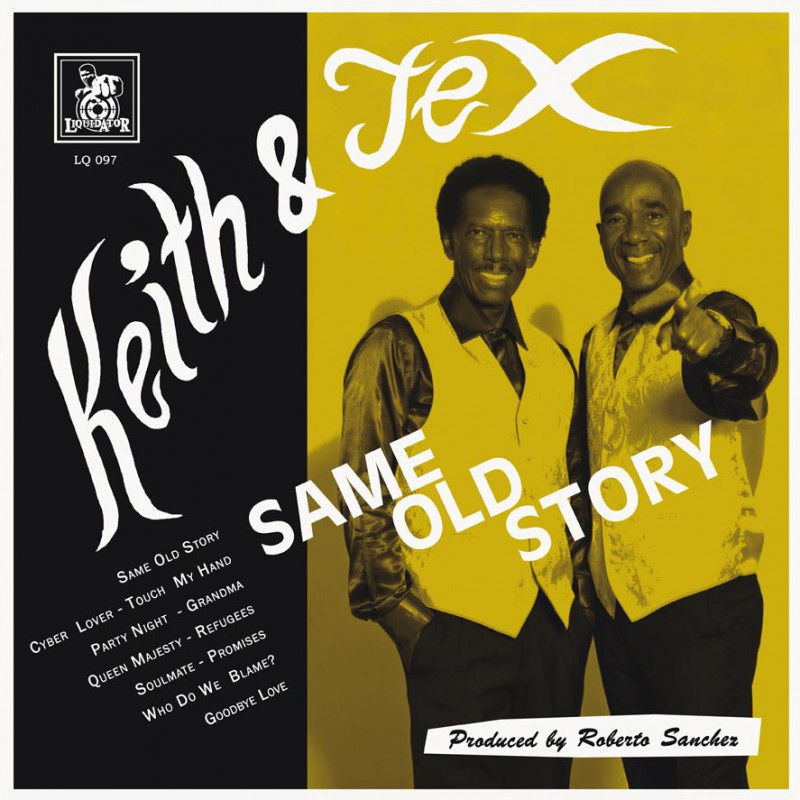 Description:
Keith & Tex are Jamaican Rocksteady icons, with classics for life, such as ‘Tonight’, ‘This Is My Song’, ‘Run To The Rocks’, ‘Goodbye Baby’ and, of course, the song ‘Stop That Train’, worldwide famous tune that was featured in Jimmy Cliff’s ‘The Harder They Come’ original film sound track.
In 1994 they re-joined to play some gigs and to complete an album titled Together Again. That same year Keith started a new radio DJ career with ‘Sounds of the Caribbean’ show, an exciting adventure that lasted nineteen years until his departure for Tampa, Florida. He continues his radio career with his show ‘Reggae Rhapsody’ on Reggae King Radio, an internet radio station by VP Records. Since 2013 they have toured the world, and played some of the most prestigious Reggae/Ska festivals including North America, Europe and Asia.
2017 sees the release of new original music produced and composed by Roberto Sanchez at A-Lone Ark Muzik Studio with this brand new album. Composed exclusively with original material, keeping the Rocksteady essence the duet was known for during the golden period from 1967 to 1969. Also included are Ska and Reggae cuts within these 11 tracks. This album proves that Keith and Tex continues their excellence and with the stunning Roberto Sanchez's production, this new Album is a must for all serious music lovers.
Format & package: LP
Record label: Liquidator
Year of release: 2017
Tracks:
A1 Same Old Story
A2 Cyber Lover
A3 Touch My Hand
A4 Goodbye Love
A5 Party Night
A6 Grandma
B1 Queen Majesty
B2 Refugees
B3 Soulmate
B4 Promises
B5 Who Do We Blame