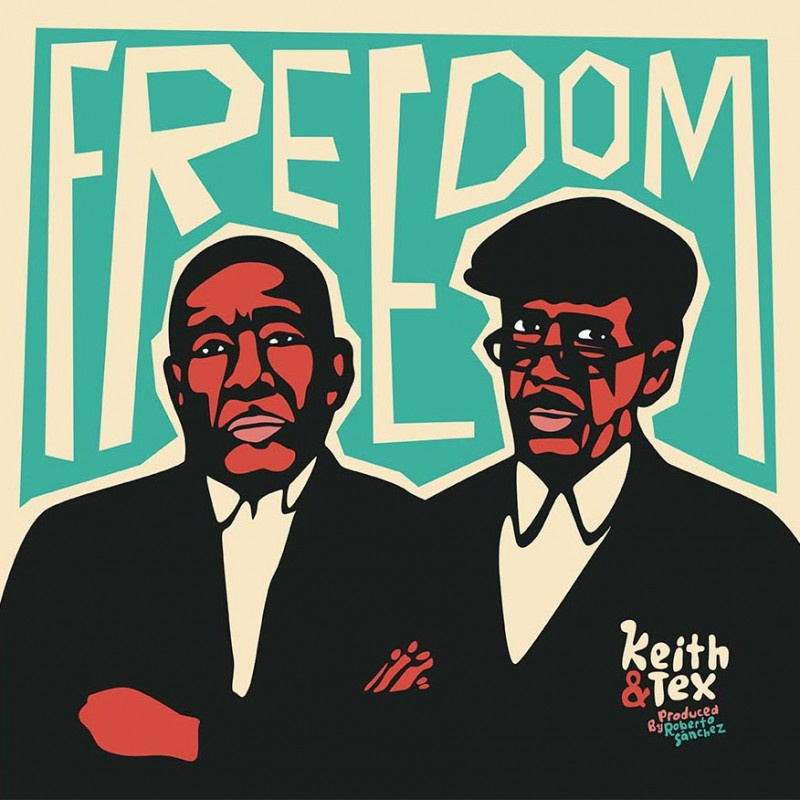 Description:
No Jamaican singing duo has enjoyed a comparably resilient, prolific, and successful partnership as Keith Rowe and Phillip “Tex” Dixon.
Known worldwide for their 1967 signature hit “Stop That Train” (a cover of the Spanishtonians 1965 ska song) and other original mega-popular anthems from the rocksteady era like “Tonight,” Keith & Tex, who befriended each other as teenagers, have been using the last two decades to make up for lost time—a near thirty-year stretch during which they were apart—separated due to divergent twists of fate including Keith’s immigration to the United States, and later, Tex’s to Canada.
Since reuniting in the 1990s, Keith & Tex have toured the world to rousing ovations, performing their classic, always-sought-after old-school standards. Not content to rest on their laurels, Keith & Tex have continually been honing their craft, turning out new songs at a jaw-dropping pace— timeless compositions with beautiful harmonies and sophisticated lyrics; in some cases, Keith & Tex’s songs edgily confront serious social issues of the day, and, in all cases, they unabashedly promote conscious, clean, cool and collected, civic-minded living and love—as love has always has been a major theme of rocksteady and always will be. Listening to Keith & Tex’s catalogue can, depending on the tune, make you want to swing salaciously hip-to-hip and cheek-to-cheek with a special someone. Alternatively, the power of their oeuvre can cause you to sing along, to sing strong, for fundamental rights, for equality, for community, for the poor, for love of life, for basic humanity, and even, at times, for the salvation of your soul.
Following their critically acclaimed 2017 album “Same Old Story”—produced by talented and versatile producer-musician Roberto Sanchez, with all instruments played by Sanchez and Sanchez’s studio band, “The Lone Ark Riddim Force,” at Sanchez’s A-Lone Ark Muzik Studio in Cuerto, Spain—“Freedom” follows the same successful formula; again produced by Sanchez, the album combines sweet, soulful, melodic harmonies, and mature lyrics with the masterclass musicianship of Sanchez and his band, stunningly recreating the authentic sound Jamaican music studios produced in the 1960s and 70s. As with any productive collaboration, their additional experience together and time spent complementing each other has only sharpened the final product. Moreover, Keith & Tex are only getting better with age—making “Freedom” shine like perhaps no other album yet in Keith & Tex’s extensive discography.
At the top of the album’s title-track, Keith calmly asserts “Denial of my freedom will never be accepted” before launching into a rocksteady anthem appropriate for the twenty-first century laden with soul—and meaning. The song demands freedom in its most fundamental forms— freedoms sometimes taken for granted but that find themselves increasingly threatened in a hostile, insecure world: “Free to work, free to vote, free to assemble, free to vote, free to toil, free to love, free to be—just free”.
In “Who We Are,” a song that stands as a moral challenge to do better by our fellow brothers and sisters, Keith & Tex demand to know—backed by a driving ska beat and haunting organ- playing—“why we can’t show more love when there is nothing on the line?” By the same token, in a song about Babylon’s isms and schisms called “How Much Longer,” the listener is wisely and sternly advised: “You don’t get a cookie for good behavior.”
Other representative songs on the fourteen-track album include sharp commentary on hot-button subjects like “Fake News” and the coronavirus (“Hotel Corona”: “Welcome to Corona, Hotel Corona, you may not like to stay....”), and then, of course, there are tracks about love, both complicated (“Uptown Girl”: “She’s an uptown girl in an uptown world, and here downtown, such a different world, we meet at the crossroads of up and down....”) and blissful (“My Sweet Love”: “My focus is always on you...we’re together for all good reasons”).
Not only is Keith & Tex’s “Freedom” an album that should be in every collection, it’s a masterful work of art that should be experienced, enjoyed, revisited, and kept close—to the heart, mind, soul, and music player. To be played—often.
Stephen A. Cooper, Writer and Reggae Journalist
Format & package: LP
Record label: Liquidator
Year of release: 2022
Tracks:
A1 Footprints
A2 How Much Longer
A3 Who We Are
A4 Freedom
A5 Can't You See
A6 The Race
A7 My Sweet Love
B1 Hotel Corona
B2 Fake News
B3 Reggae on the rocks
B4 Uptown Girl
B5 We're In This Together
B6 Jetsetter