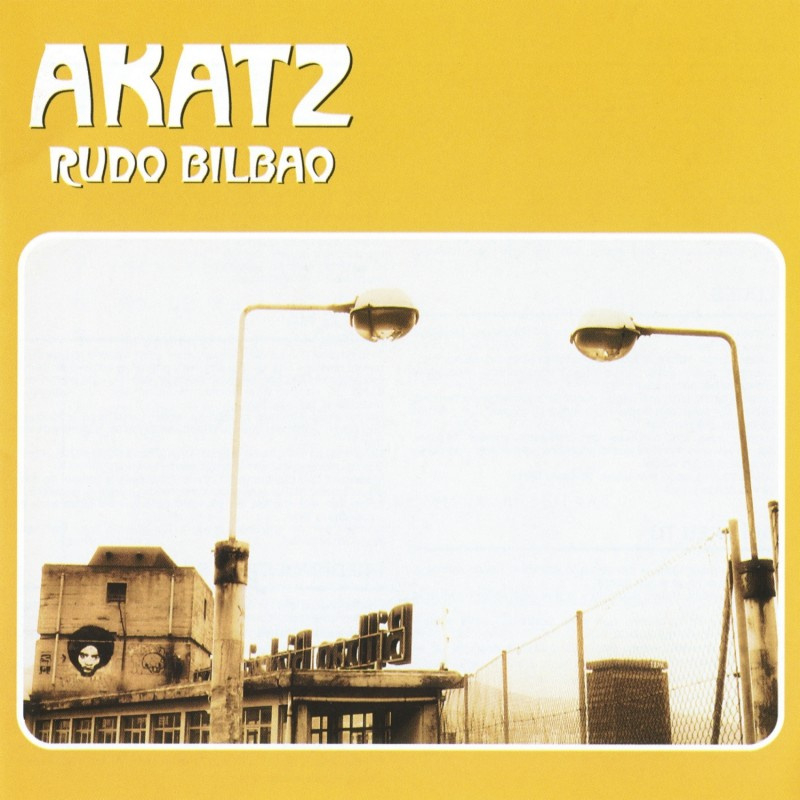 Description:
There is a band in Bilbao that for over 15 years has assumed with pride and hard work one of the leading roles in the Basque Jamaican scene: AKATZ. Rejecting impersonations, AKATZ has been forged in a thousand battles, concerts and recordings creating its own individual musical personality. A planet packed of good vibes and music for the dance floor with plenty of satellites of black music rotating around it: ska, soul, rocksteady, jazz R&B, roots… But what AKATZ was missing in its career was “the definitive recording creation”. An album they could point at in the firmament and clearly identify as its own. What a famous 60’s band called a “Masterpiece”. And that piece is without a doubt RUDO BILBAO (Rude Bilbao).
This album exhibits AKATZ in its sheerest expression showing in 10 tracks their first-rate taste and at the same time stating with sense of humour but also with delight their “Pride of Bilbao”. All the intensity of their live sound has been faithfully captured at “A-Lone Muzik Studio” and produced with the collaboration of Roberto Sánchez aka LONE ARK. Instrumentation is done with passion á la Jamaican “big-band” and lyrics created by singer, composer and frontman “Unai Quecedo aka Bita” on tracks like “Rudo Bilbao”, “Luces” (Lights), “Na de na” (Nothing at all) and guitar player Josu Santamaría in “Así eres tu” (The way you are) and “Predispuesto a ska” (Tendency to ska) make the whole album sound distinctively urban. Scenery of the nightlife in town, of the clubs, of the streets. Stories of impossible love affairs, of too much drinking or of night encounters at the back of a bar. Songs that will surely recall your own experiences in your own town. Specially if you are from Bilbao since this disk shows Main Street of Jamaican Bilbao, of “Rudo Bilbao”..
Format & package: LP
Record label: Brixton Records
Year of release: 2018 (reissued from 2010)
Tracks:
A1 Matxitxako Ska Dantza
A2 Rudo Bilbao
A3 Luces
A4 Asi Eres Tu
A5 Hately A.K.A. Lovely
B1 Esa Txika
B2 Nos Vemos En La 7ª
B3 Na de Na
B4 Vividor A.K.A. Bizizale
B5 Predispuesto a SKA