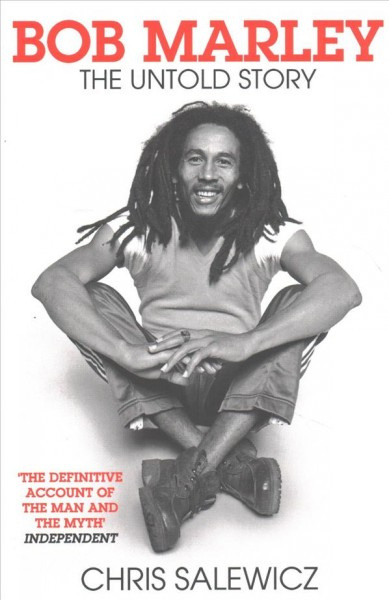 Description:
What was it about Bob Marley that made him so popular in a world dominated by rock'n'roll? How is that he has not only remained the single most successful reggae artist ever, but has also become a shining beacon of radicalism and peace to generation after generation of fans across the globe?
On May 11, 1981, a little after 11.30 in the morning, Bob Marley died. The man who introduced reggae to a worldwide audience, in his own lifetime he had already become a hero figure in the classic mythological sense. From immensely humble beginnings and with talent and religious belief his only weapons, the Jamaican recording artist applied himself with unstinting perseverance to spreading his prophetic musical message. And he had achieved it: only a year earlier, Bob Marley and The Wailers' tour of Europe had seen them perform to the largest audiences a musical act had up to that point experienced. Record sales of Marley's albums before his death were spectacular; in the years since his death they have become phenomenal, as each new generation discovers afresh the remarkable power of his music.
Chris Salewicz, who had a sequence of adventures with Bob Marley in Jamaica in 1979, offers us a comprehensive and detailed account of Bob Marley's life and the world in which he grew up and came to dominate. Never-before-heard interviews with dozens of people who knew Marley are woven through a narrative that brings to life not only the Rastafari religion and the musical scene in Jamaica, but also the spirit of the man himself.
Chris Salewicz is an acclaimed music journalist and writer. He was at NME in the late 1970's and early '80's and has written copiously for the Sunday Times, The Face and Q magazine. His books include the classic biography of Joe Strummer and the lavishly applauded biography of Jamaica titled `Rude Boy'.
Format: Half size, paperback
Year of publication: 2010
Number of pages: 420