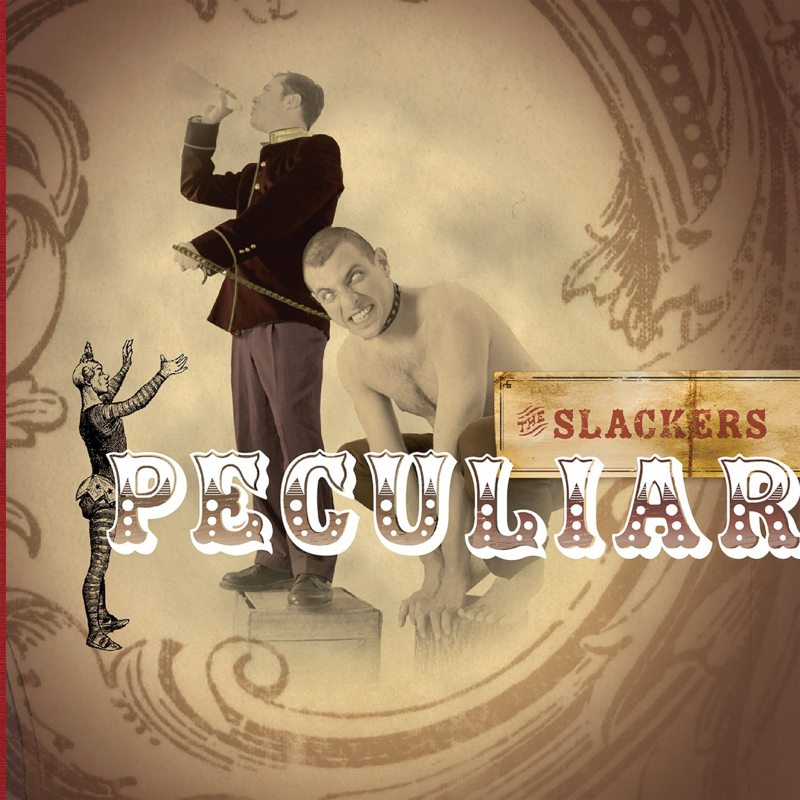 Description:
These New Yorkers have been skillfully crafting their signature gospel of roots-reggae-ska fusion for over 30 years, and in doing so rightfully earning a reputation as one of the most engaging live bands in the world. Back in 1996, the NY Times declared the Slackers to be part of “the sound of New York”, a mantle they haven’t given up since.
Originally released on Hellcat in 2006, "Peculiar” has remained timeless, continuously heralded as a true testament to their energy on stage and what makes them such a treasured band by fans across the globe. Alternative Nation called it “protest music made for dim, sweaty basements - The Slackers would sound at home supporting Rancid just as well as some grizzled New Orleans electric blues trio.”
While Peculiar isn't a proper live album, the band managed to turn a club into their studio and truly strike a balance between their incredible live show and their equally impassioned studio work. The rhythm parts of the album were laid down during a live performance at renowned Dutch ska club Ernesto’s (in Sittard, Holland), with vocal overdubs added later in the studio.
The setlist also includes tracks from their previous War Criminal EP, reinterpreted, reframed, and played quite differently from their original release. Peculiar ranks right up there with Redlight and The Question as one of the Slackers' best - certainly one of the most played and cherished albums in their arsenal. Pirates Press Records is proud to have teamed up with the band to bring you this incredible expanded gatefold version of Peculiar, including a bonus 45 carrying two additional tracks from the project not offered with the original Hellcat release. Hope you’ve got your dancin’ shoes on!!!
Format & package: LP on electric blue vinyl + 7" single in gatefold cover
Year of release: 2019 (reissued from 2006)
Tracks:
A1 86 The Mayo
A2 Peculiar
A3 Propaganda
A4 Crazy
A5 Set The Girl Free
A6 In Walked Capo
B1 I’d Rather Die Happy
B2 What Went Wrong
B3 Keep It Simple
B4 International War Criminal
B5 Sauron
B6 I Shall Be Released
C  Rider
D  Propaganda Dub