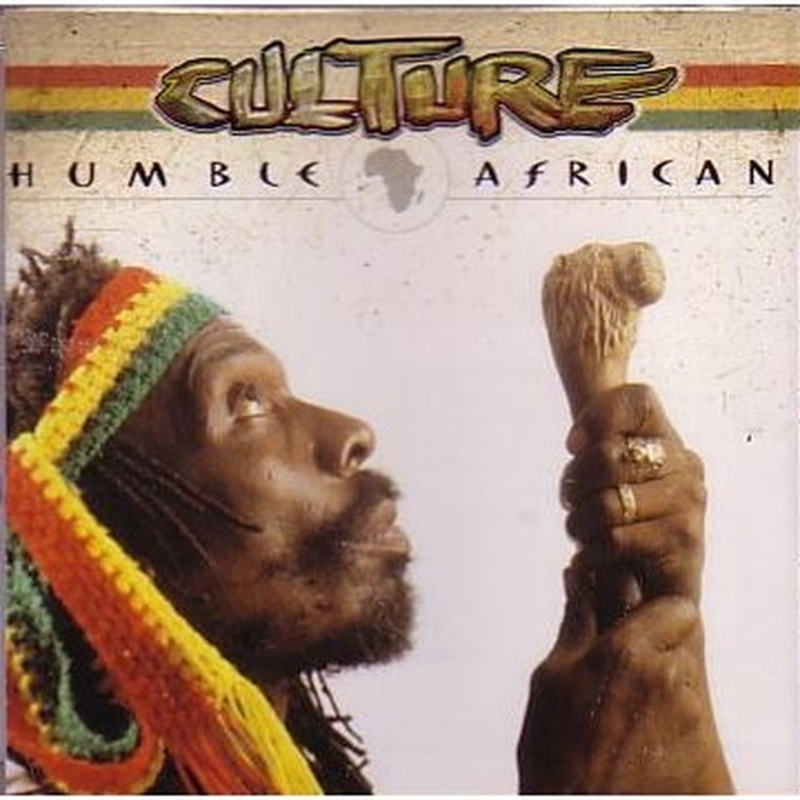 Description:
The group formed in 1976 as the vocal trio of Joseph Hill (formerly a percussionist in Studio One house band the Soul Defenders), his cousin Albert "Ralph" Walker, and Roy "Kenneth" Dayes, initially using the name The African Disciples. The African Disciples soon changed their name to Culture, and auditioned successfully for the "Mighty Two" – producer Joe Gibbs and engineer Errol Thompson. While at Gibbs' studio, they recorded a series of powerful singles, starting with "See Dem a Come" and including the hugely successful "Two Sevens Clash".
Format & package: LP
Record label: VP
Year of release: 2015 (reissued from 2000)
Tracks:
A1 Why Am I A Rastaman?
A2 Revolution
A3 Going Home
A4 Rolling Stone
A5 Humble African
A6 Where Is The Love
A7 Poverty
B1 Too Much Ginals
B2 Never Give Up
B3 Weeping
B4 It's Hard To Live
B5 Fishes To Fry
B6 Home Grown
B7 Poor People Hungry