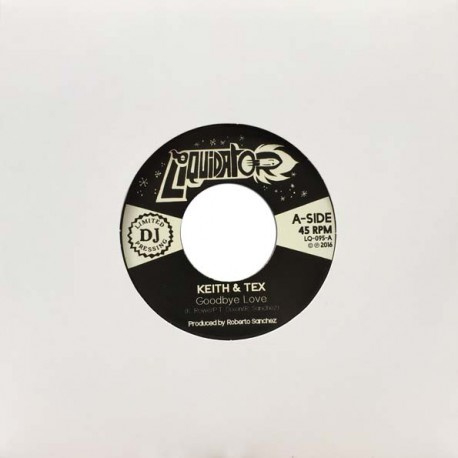 Description:
Keith & Tex are nowadays a Jamaican Rocksteady icon, with classics such as 'Tonight', 'This Is My Song', 'Run To The Rocks', 'Goodbye Baby' and, of course, 'Stop That Train', worldwide famous tune by being featured on Jimmy Cliff's 'The Harder They Come' film soundtrack.
Liquidator Music releases now new studio material produced by Roberto Sánchez at A-Lone Ark Muzik Studio, keeping alive the Rocksteady sound the duet leaded from 1967 to 1969, and also including some Ska and Reggae tracks, proving the great moment that Keith & Tex are living right now.
Here is a special DJ advance 7" of the long player due to be released on 2017. Warning: both tracks won't be featured in the forthcoming album.
Format & package: 7"
Record label: Liquidator
Year of release: 2016
Tracks:
A Goodbye Love
B Back In The Day